What got you into motion design?
Prior to graduating college years ago, I discovered a piece from Shilo they had done for a skate video. I was blown away by the complex transitions and effects. At the time, I was really into Flash and reached out to Shilo, inquiring how they produced their video. I was stoked to hear back from them, as they mentioned After Effects as their tool of creation. I was hooked from that moment on and began bookmarking other agencies that were producing the same kind of work—Loyal Kaspar, Digital Kitchen, etc.

Years later, after a long career of working within interaction design and UX, I’ve decided to take the plunge and finally learn more about the fundamentals.

Choose a motion design piece that you love:
Apple Intention by Buck: https://vimeo.com/72420965

Break apart and write down the parts of the piece meaning:
What was the goal, or the story of the piece?
The goal was to inform customers of the many design decisions that go into designing products at Apple.

What are the characteristics of the design and the audio?
The design is simple and works so well with the music and subtle sound effects. From using just type and primarily circles, they produced a tone that illustrated Apple’s intention of creating products people love.

What moments of animation made it special?
There are tons of amazing pieces out there, but this video in particular has always stood out to me because of its simplicity and well crafted motion. While the elements used are simple dots and lines, it’s amazing to see how they can illustrate a story so well.

Do all elements fit together?
Yes. The color palette is essentially dark grey and light grey. The clean type, simple shapes and music all fit so well together to portray an emotional piece of Apple’s love of their craft.

Compare the example animations and comment on which is superior and why:
The left animation is superior as it captures a better sense of weight and believability. The animation on the right feels very linear and weightless—it doesn’t display the natural sense of motion you’d expect it to have based on the interaction with the other elements.

In particular, the left animation displays a nice use of easing seen within the half circle. As the ball moves up, it slows down as it loses a bit of momentum and speeds back up going down. The left animation also creates a better sense of speed through the use of smears occasionally.

The animation on the right has almost a jerky feel as the ball moves—halting at one end and immediately starting again with no sense of fluidity. There are also moments where the ball loses surface contact, particularly seen in the half circle when the right arm swings up and the ball mistakenly travels through it.

Nice use of speed and lines! 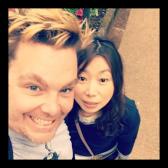 This is like the dopest thing I've ever seen 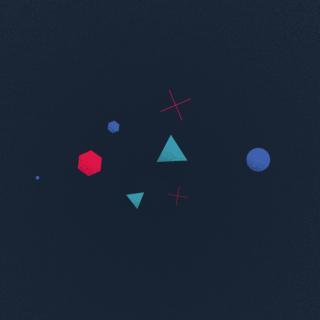