1. What got you in to motion design?
Videogames and cartoons as a kid. The internet and title sequences as a big kid. But in particular it was one of my lecturers in University who exposed us to a lot of what he loved. Animation, comics, Illustration and Motion graphics. At this point it all seemed like some kind of magic voodoo work created by wizards from some other planet. But as he showed us more work and we began to break the elements apart I could see how it was all possible with the right ideas, tools and hands. I told myself that one day I’ll learn how to do that. So here we are.

Choose a motion design piece that you love.
https://www.nzonscreen.com/title/swinging-the-lambeth-walk-1939
Artist:Len Lye Born:1901 New Zealand
I selected this piece from NZ born Len Lye. This piece is special to me for many reasons… I won’t bore you with the entire story but in short it was one of those pieces that confused you as a kid but for some reason you vaguely remembered it. When you came across it in a film lecture over 15 years later you realise what just happened and how special this piece is.

What was the goal or the story of the piece?
To create a kinetic, colourful relationship between the abstract shapes and the accompanying music score. It’s as if the shapes are, or represent, the music.

What were the characteristics of the design and audio?
It’s a range of colourful simple shapes and patterns. The cells are made with paint directly on film which gives this piece a wonderful textural quality. Its cut to a bunch of upbeat jazz tunes.

What moments of the animation made it special.
Part of what makes this animation so special is its process. Each film strip being hand painted and then painstakingly edited/cut to the music.Also, I like the way the images and motion graphically relate to the music. i.e Drums being a population of circles appearing/disappearing on the screen. Or Musical chords being made from a pattern of shapes. Another thing is how the transitions to new sounds introduce new colours and shapes to the screen. And the inherent texture created by the process is wonderful.

Do all the elements fit together?
Yes, the piece is consistently chaotic. Any graphical transitions that might not usually work are stitched together by the music. I would say that the music is the backbone to this piece. The music gave Len Lye a rhythm to tie all his graphical abstractions too. Also the Textural treatment is consistent and creates consistency throughout the piece.

2. The animation on the right feels more of this world. More human, Earth like physics and motion. It also has more personality.

3. My experiments in Adobe Animate... 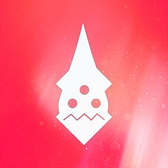 Hei Adam, nice animation! I like when the ball hit the wall and going back, its feel soft and natural.