I chose the title sequence to the show Outlander. I love this title because of the way it tells the story, without telling too much. You get glimpses of characters, but never see their whole face, creating a sense of mystery and curiosity throughout. It introduces the setting and tone of the show - that it’s a love story, there’s time travel/mystical elements, adventure, action, and that there are real and tangible places with flesh and blood people. It’s not afraid to get mud on its clothes. There is a constant juxtaposition that I like, of the calm and civilized post-war 1940s, to the wild and dangerous time of the 1700s in Scotland, which is kind of stating the duality of the main character’s (Claire) pull between heart and mind; of the logical and irrational.

The typeface that's used looks like Minister (or some form of it). This took a lot of digging, but once I searched for "English" and "transitional" it popped right up, which makes sense given what the show is about.

Overall, it's a simple, yet beautiful title, paired perfectly to Bear McCreary's music, that I always look forward to seeing when I watch a new episode.

1. Looks like 3x3 composition. Ground on bottom third; stag on middle third; sky & antlers on top third; actor’s name on the cross at bottom right.
This is one of the first shots, and first title card with a credit. The actress’ name next to the stag could represent some kind of symbolism for her character - that she’s strong; independent; wild. The use of negative space and placement of text in the sky suggests a character that is more free when connected to nature.

2. Also looks like a 3x3 composition, with the characters Claire and Frank (in the “modern” 1940s) at the cross on lower right and bottom third; credits in middle third, near upper left cross; sky on top third. It’s a very traditional romantic scene, which almost seems unreal, with the coloration and blurry focus. As if it’s a fantasy of romance - too clean and perfect to be real.

3. We get a shot of Black Jack, the main antagonist, but we only see his black boots and whip - a glimpse at a nightmare. It’s also a nice juxtaposition between this and the previous shot of Frank’s things (suitcase, hat, coat), as these characters are played by the same actor, and in fact Black Jack is Frank’s (not so) great ancestor. It’s telling you the story without beating you over the head, which I think is great. Again, looks like 3x3 composition, where the boot & whip follow the verticals, and credit is on the lower right cross.

4. This one seems to be closer to the 8x8 composition, though I could see it as a 3x3 as well. The thread follows the diagonal; fingers and stitches are near the center, as is where the clear focus is; credit near the lower left cross. In the 3x3 - the left 2/3s are full. This shot suggests an intimacy, but turns it on its head with the wound and blood. The feminine hands suggest a type of caring and kindness, and that the character is a healer (Claire is a combat nurse). I think is also says that love hurts, but that wounds can be healed.

5. And the very next shot is one of the pleasurable side of intimacy, continuing the trend of juxtaposing opposite imagery to give an idea as to the theme(s) of the show. I think this could be an 8x8 composition - The arm, blanket, and hand follow the diagonals; the hand hits the lower right cross; credit is near lower left cross.

6. One of the last shots of the sequence, and it’s very striking. From the kilt you know it’s a scotsman holding the knife behind his back, alluding to the idea of danger and mystery, secrets and lies in a world that Claire is caught up in. This seems to follow the 8x8 composition, with the knife set along the diagonal going up left to right, and centered; hand set at upper right cross; credit near upper left cross. The right third is also empty, which gives it a nice visual weight.

Extra analysis, since I'm only looking at one:

Each episode has a different mini-title card relating to that particular episode. My favorite is of the cat in “The Wedding” episode, eating the leftovers of the wedding feast. (There’s probably a metaphor in there.) I mostly felt that it not only added a little extra bit of story, but that it gave a sense of reality to the episode, while subverting audience expectations right from the start.

Using the 2x2 composition, the episode title is dead center, while the other credits are centered but placed just below the center horizontal line. 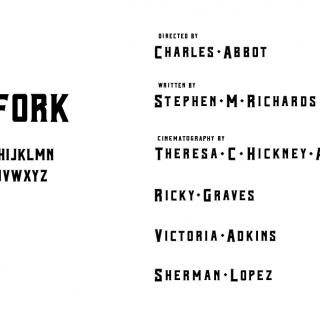 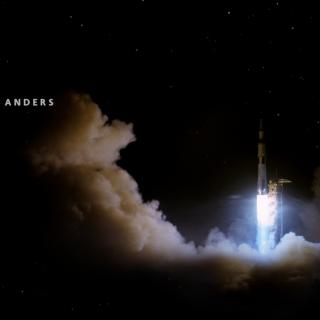 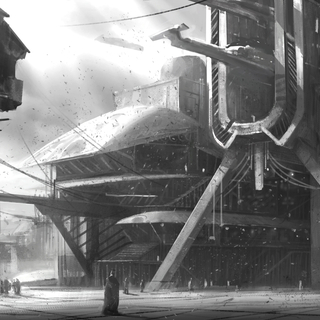