One of my all-time favorite movies, Napoleon Dynamite was directed by Jared Hess in 2004. It is important to point out that Pablo Ferro did contribute some title work on a different shot, but the idea and the execution for the 2 minute opening title sequence should be attributed to Aaron Ruell, who also plays Napoleon's brother Kip, in the movie.

I'm sure everyone has seen the film, however I will reiterate that this is a coming-of-age romantic comedy about an awkward young man growing up in the rural northwest. Our protagonist Napoleon has a great imagination and is determined to score a date to the "dance" with his initial love interest Trisha. Originally the film had no opening titles due to its limited micro-budget. Shortly after it was picked up by FOX Searchlight they discovered that test audiences were confused on the time period and had issues relating to many cultural references in the story. As a result the filmmakers use simple photographic techniques and very clever visuals to help clarify key components of the plot with very limited resources.

In order to establish Napoleon's outcast status and the source of his internal conflict, the opening sequence is made of a series of POV shots that visually narrate his daily activities. Featuring sound effects of birds chirping, combined with the song "We Are Going To Be Friends", the soundtrack creates an optimistic child-like atmosphere. --Usage of the song was approved by Jack White only after screening the film. The lyrics describes the forming of a friendship at the beginning of the school year accompanied by subtle guitar chords and playful melodies that match in tempo with the pacing of the editing. Following I will breakdown six key frames I feel best set up our story.

Frame 1 - Student ID card
This shot is pure brilliance! Using a single Kino flow to create high key lighting and shot in 35mm film at 1.85 aspect ratio, we immediately see inside Napoleon's wallet. -- this is also the first time we see Napoleon's dorky look. It is an opportunity for the filmmakers to establish the story’s location, Preston High School in Idaho and set the time period, 2004-2005 school year.

Frame 2 - The corn dog plate
The tray is perfectly placed in the center of the frame and is one of many other food plate shots served to camera that depict Americana comfort foods that reveal the social status of our characters. Clearly shown through an out-of-the-box approach born out of necessity, cast and crew names are written in sauces, hand-written or edged into the props themselves.

Both Napoleon and his sidekick bff Pedro are social rejects among their classmates and in this shot the contrast between the canned peach slices and peas serves as a metaphor for this major subplot. Although this dish could be a frozen TV dinner, it is the green linoleum background that visually transports us right back to those disgusting school cafeterias we all have had to endure at some point.

Frame 3 - The Origami Ninja Star
Here we can reference Napoleon's obsession with weapons, martial arts, and his popular zinger, “illegal Ninja moves from the government”, that he uses as a warning to his enemies. Unlike his older brother Kip, Napoleon is not afraid to stand up for himself whenever challenged by the antagonist, Jake. The use of origami provides the audience with an insight into how in the story characters creatively make due with limited resources.

"Bigfoot and Me" by David Duchey and
"Sciences and Centaurs" by Dr. Makuku

These props illustrate the use of fantasy and space travel as strong motifs in the story, which are later supported by the use of “moon boots” as part of Napoleon’s wardrobe. Judging by the binding and the book’s artwork we establish this is probably a public school with limited resources and outdated materials.

Frame 5 - The Sketch
Here we can see one of Napoleon's illustrations. He often draws as a way to try an impress people, although his penmanship usually falls short of expectations. Regardless, Napoleon strives to be cool and show he is special. He reaches the pinnacle of his talent when making up a dance to help promote his best friend’s run for class president during the climax of the film. It is at this time that he also repair his friendship with a second love interest and friend who he has offended. The use of hand-written typography symbolizes an unpolished visual narrative that reflects Napoleon’s artistic level.

Frame 6 - Pencils, erasers, and protractor
Needless to say this framing tells a great story about classroom procrastination and boredom. We can see Napoleon's hand fumbling to pose the items in the shot -very much in tune with his impulsive nature when approaching many of his challenges throughout the story. The use of linoleum again strikes a chord that awakens memories of being in back in high school working on boring tasks. The Etching on the pencils and the writing on the eraser reflect how we often waste time trying to leave a mark anywhere we can.

In conclusion, Napoleon is transformed from a selfish liar, struggling to fit in, to a self-assured and caring individual who finds both love and true friendship. The title sequence was essential in establishing a memorable aesthetic filled with a well-balance collection of nostalgic visuals and heart-warming innocence. 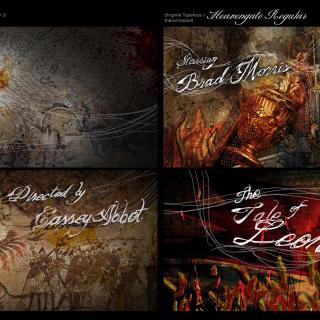 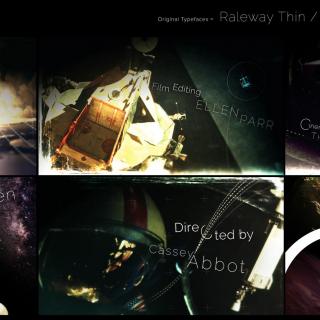 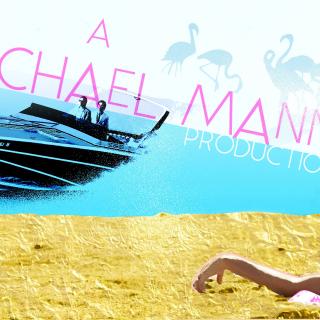