The title sequence I chose is the one from American Gods. This title sequence tackles a recurring theme in every shot. The difference and contrast between religion and modern technology, medicine and weaponry. Or as the show puts it, the old versus new gods.

The first image shows a stone sculpture of Medusa. In greek mythology, Medusa was described as a female human with snakes in place of hair. Here, instead of snakes, we see cables, the first time the show mixes the old with the new.

The second image shows the Hanukkah menorah, a nine-branched candelabrum and one of the most known symbols in Judaism. In this version though, the candle-holders look like various electrical plugs, e.g. DIN connectors. Again a mix between old and new. Also in the background we can see a wallpaper with various religious symbols like the Star of David which stands for Judaism. The Hilal, or star and cresent, which stands for the Islam. Yin and yang, which stands for Taoism and chinese philosophy. And Christian cross, which stands for the crucifixion of Jesus and for Christianity in general.

The third image is probably my favorite, because it took a while to realise what it was standing for. It shows a bright white circle from the scene before, which showed the Veiled Virgin with a halo. A round tablet with an engraved five-pointed star flies in and over the halo. For a split second, the white circle looks like a crescent. Combined with the star of the tablet, this creates the Hilal, an important islamic symbol.

The fourth image shows a statue of Budai surrounded by floating pills and tablets. Budai was one of the Seven Lucky Gods in Buddhism and is usually shown laughing, hence the nickname the Laughing Buddha. This image is supposed to contrast two ways on how people achive happiness. Either through religion or narcotics. If either one is the right way to achive true happiness is up the viewer to decide.

The fifth images shows an cucified astronaut. This could stand for modern cults and religions like Scientology who believe that Jesus was an alien sent by a more evolved species.

Finally the sixth image and also the show's title card. We see an eagle, maybe a Bald eagle, the national bird of the United States of America. The camera tracks back and reveals every object and image we've seen before, positioned one on top of the other, creating a totem pole. The eagle stands for America and the images below stand for the different religions and cultures either old and/or new. The totem pole itself stands for native-american culture and contrasts with the show's title being this bright neon typeface.

Everything leads towards this final image. Mostly every shot is perfectly centered throughout this entire sequence and the different colours in each shot result in a bright, colourful totem pole at the end. I knew what this title sequence wanted to tell me, especially after watching a few episodes. But after a little research and watching the video over and over again, I found so much more interesting imagery and symbolism. 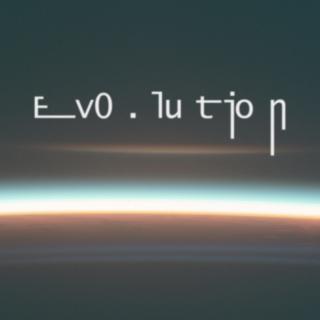