This week’s assignment was to complete all pre-production and execute photoshoot and choose 3-5 best photos with preliminary colours and contrast processed. Then write a brief reflection of the shoot and production process discussing how you prepared, what issues or problems arose, and how you dealt with them. Discuss how you can change and improve your process for the future, and share positive aspects of the experience as well.

After following along with the steps as they were outlined in the lesson, I began to appreciate the logic behind them. I especially embraced the flexibility aspect, as my model (my wonderful wife) and I had to change the shoot schedule quite drastically due to some family obligations we had on both sides of our families that were somewhat last-minute, but we were able to work around it and still get the shoot done. Luckily because I had “be flexible” in the back of my mind, I didn’t let it stress me out, and just kept reassuring my wife/model that the time change was no big deal, and as a result we were both less stressed.

One problem that did arise on set that I completely did not anticipate was when moving some furniture out of the way to set up the backdrop, I inadvertently got dust all over the freshly ironed drop cloths, and had to meticulously vacuum them clean again. I would definitely recommend to other photographers to have a handheld vacuum cleaner on hand and carefully clean the shoot area first before setting up expensive and/or delicate equipment.

Another issue that really caught me off guard and I totally did not prepare for was in my set design. I had some images in mind with my model seated, and I figured this would make the process easier for her, but that meant that the couch she was sitting on was also visible in frame, and I think it hurt my composition in places. When I then had her stand up, I didn’t stop and think to change the backdrop and move it in front of the couch, so again, it hurt my composition. Definitely something I should have thought about more and planned around.


Although I had tested some light setups previously, during the shoot I constantly felt like I wasn’t getting the lighting I wanted. I can say though that breaking things down to one element at a time was for sure the way to go. Anytime things weren’t looking right, I just focused on one thing at a time, and if I had to make some adjustments that were more than just a quick tweak, I would tell my model to have a break while I worked on the issue.

In the future I think I would want to get some lighting tests for every conceivable scenario, and test each light source individually, then in combination with other lights, gradually, one at a time. I would also think a lot more carefully about my set design, and also notify the model and any team members on any planned set changes.

I also think I would have been better off narrowing down my key shots to just 1 or 2. I think I went a little bit over with going for 5–6 poses. This was another reminder to keep things simple. If I had focused more on making just one image as strong as I possibly could, then even though I may not have spent as much time on planning the additional poses, each of them would probably have been better in the end. Had I applied total focus on attending to every design principle one by one and making that one image perfect, I would then be able to flex creative muscle that previously did not exist on the other images.


For what I was able to achieve, every bit of pre-planning paid off and I definitely see the value in all the exercises assigned up to this point. Discussing the plan with the model ahead of the shoot was very helpful–quickly indicating why each image was included on the concept board, and specifically what elements from each reference were the most important to me to capture. She was very receptive to direction during the shoot knowing what we were trying to achieve.

I also must say I was really pleasantly surprised at how useful the prop was. Up until this point I didn’t consider it to be that important, but during the shoot I found it was an integral part of stringing together a narrative between different poses and base my directions to the model around it.

Keeping an eye on the time and giving plenty of breaks was well received, and announcing the end of the shoot with a “That’s a wrap!” felt good for us both.

Here are a few images from the set up. I had to work with the space I had available, which was a bit tight but we made it work. I set up my tripod through a doorway into the next room so that I could get a fair distance from the model, because I wanted the max focal length to reduce lens distortion, the downside of course of this set up was that I had a limited vantage point through the doorway. In the future I would definitely rent a lens kit and try to get even further back, rent a space to shoot in, or, move the furniture. The umbrella lights show up really bright in these photos, but the light they actually produced on the model was soft and low. The key light I used was just a desk lamp with a tungsten bulb, which I placed to the right of the frame and adjusted the height throughout the shoot. 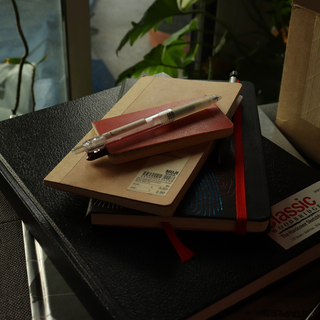 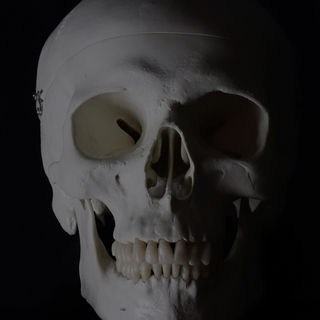 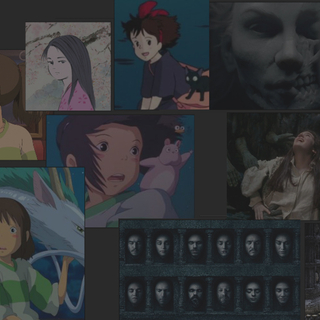