This is meant as a title sequence at the end of the movie as recap of the characters and showing some of the key moments in the film. I used a minimal style of design which stylized each frame.

I started off by watching Kill Bill for the umpteenth time as it is one of my favorite Quinton Tarantino movies. Each shot is so well framed I borrowed some from the movie while creating my own versions or angles.

Sketching out quickly what was in my head while I was watching was key in the style and the direction and what I wanted to do with each board.

Font:
I used Lato Extra Bold. I modified the font in Illustrator by converting the titles to paths and applying a roughen edges. I further modified each title by "cutting' and "slicing" through the first letters, moving them slightly.

Board 2:
Vernita Green lying on her kitchen floor with the cereal spilled on the floor after using a concealed gun in the box.

Board 3:
Elle Driver as she walks towards The Bride in her room. Red Syringe, red umbrella and a red cross on her eye patch which is iconic.

Board 5:
Gogo Yubari as she walks down the stairs swinging her Meteor Hammer.

Board 7:
Iconic bike scene with Yellow and black jump suit. I used the helmet as the stripes become a transition into her yellow Asics.

Board 8:
The Asics pattern becomes the highways in Japan and we see the bike from above.

Board 9:
O-Ren Ishii slicing off a bosses head for question her Chinese and American heritage.

Board 10:
One of the Crazy 88's foot on top of the glass floor with the stone garden.

Board 11:
The fatal strike and blood splatter of O-Ren Ishii on the snow.

Board 12:
The Bride standing after defeating O-Ren Ishii.
* I did make a choice to design O-Ren Ishii around the shape of Japan.

Being a huge Stanley Kubrik fan and seeing that there are literally thousands of minimal designs for 2001 I thought I would take a couple of hours to make my own rendition. This was purely for the fun of it :) That transition to 8th board is very cool! Awesome job on rest of the Kill Bill boards too. 2001 looks interesting. Would love to see that with very subtle animations. 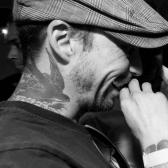 Thank you, I wanted to do more boards 2001 - it would a cool exercise to see how the animation would turn out :)

Really awesome work on Kill Bill! It's great to see some of the memorable scenes highlighted and used in the title sequence so well. Very powerful use of composition and space in the illustrations as well.

Thank you very much :) 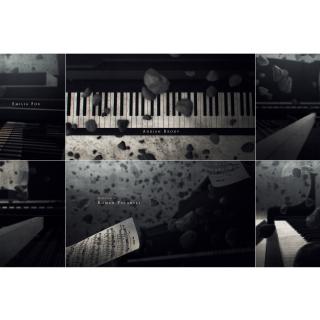 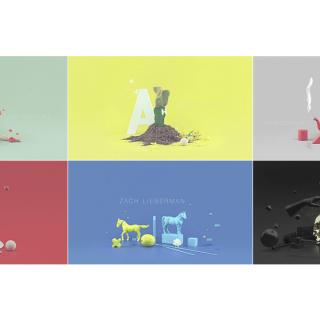 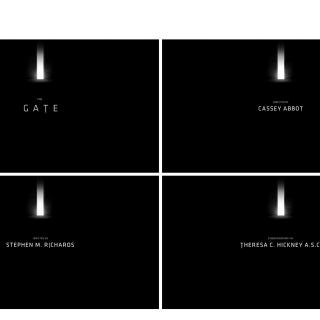